First dates are often lessons in futility. Two people asking all the same questions, sitting through dinner or a movie, and trying to decide if they liked each other. But once in a while, lightning strikes and all those stereotypes go right out the window.

“Have fun!” Dad called out as Seth pulled up to the house.

Seth was enough of a gentleman to come to the door, but the last thing I needed was for him and Dad to start talking, or god forbid, for Dad to give him a laundry list of things we could and couldn’t do.

“Bye, Dad!” I slammed the door behind me and hurried out to where Seth was coming up the lawn.

“Hi.” He smiled shyly and I smiled back. “I was going to say hi to your dad.”

“You sure?” He looked dubious.

“Seth.” I gave him a look of exasperation. “My dad will never stop talking and by the time we get out of here, it’ll be midnight.”

“Oh. Okay.” He opened the passenger side door and I slid in, happy to be on our way.

I’d been thinking about him nonstop for the last few days and tonight was finally the night. I didn’t date a lot because guys tended to talk to my chest when they asked me out, and that annoyed me to no end. That wasn’t Seth, though. Hell, I’d practically had to trick him into asking me out, and his shyness was kind of cute.

We’d been texting all week, in between my job at the library and his classes, and the more I talked to him, the more I wanted to get to know him better. He was so smart. More than just book smart, because he kept up with what was going on in the world, he liked to read almost as much as I did, and he loved hockey too. We’d watched the game together the other night, via text, and it was so much fun to have someone to go back and forth with. I wondered if we’d ever have another chance to watch a game together in person since we both worked for the team.

“Where are we going?” I asked when he pulled onto the interstate.

“Have you ever been to Clementine’s?” he asked. “The ice cream shop?”

“The alcoholic one with the candied pecans.” He nodded. “That’s one of my favorites too.”

“And midnight pleasures is my non-alcoholic favorite.”

“Well, any time you start a date with ice cream, I’m up for it.”

“You said in your text the other night you loved it, so I googled the best ice cream in St. Louis and Clementine’s was at the top of the list.”

“Are you always so thoughtful?” I asked.

He gave a little half-shrug. “I dunno. I don’t really date a lot.”

“There’s more than one way to be thoughtful. With your students, your peers, your roommate?”

“I know what you mean.” I stared straight ahead, thinking about my days running from one thing to the next. “It’s ironic, because sometimes I’m so busy I can’t breathe, but it occurs to me I’m not doing anything. I’m working, of course, but none of it feels important. Almost like I’m spinning my wheels.” I hadn’t meant to touch upon something so deep ten minutes into our first date, but Seth was so easy to talk to and we’d talked about a lot of things all week. Now that we were together in person, it felt natural to get into more meaningful conversations.

“Why would you say that?” he asked.

“I couldn’t afford college, so I don’t really have a career or—”

“Working at the library isn’t a career?”

I chewed my lip. “Kind of? It’s more just a job, where I don’t make a lot, and even though I love it, I’ll never move up or make much more than I do now without a degree.”

“You could still go to college,” he said quietly. “Community college is pretty inexpensive.”

“It’s complicated. I’d probably have to quit my second job and we need the money. Dad…well, let’s just say he’s not great about budgeting so I’ve always had to clip coupons and save here and there for the inevitable rainy days.”

But not really. I didn’t have many friends. At least, not the kind you could tell things like that, and it felt good to unburden myself because I’d never been able to tell my father how disappointed I’d been we couldn’t swing college.

“It’s all right. Anyway, the point is, sometimes I wonder what I’m doing, spending so much time working at jobs with no future. I’m definitely not going to be an ice dancer forever.”

“Maybe you could get a job at one of the local colleges or universities. Answering phones, working in payroll, I don’t know…something that, as an employee, you could get free or reduced tuition.”

“I didn’t know that was an option.”

“Let me ask around at school. Maybe I can get some info for you.”

“Thank you. That would be amazing.”

He parked his car along the curb across the street from Clementine’s and then hurried around to my side of the car. He opened the door for me, something no guy had ever done before, and reached for my hand as I fell into step beside him.

“No booze in my ice cream tonight since I’m driving,” he said. “But you should.”

He laughed. “And I’m going to try the midnight pleasures. That sounds like a whole lot of fun.”

We got in line, ordered, and he paid. Then we walked outside, massive ice cream cones in hand. I closed my eyes as I took my first bite of the salted caramel and it was as delicious as I’d thought it would be.

“And this…” He grinned, motioning to the cone in his hand. “Well, everything here is pretty awesome.”

“I mostly come here in the summer,” I said. “But every time I’m here, I try a different flavor.”

“I’m boring,” he admitted. “I almost always get the caramel. I guess I’m not very adventurous.”

We smiled at each other.

“Hey, wanna eat in the car? It’s gotten kind of chilly out here.”

We got back into his car and he started it so he could turn the heat on. It was almost November, so while it wasn’t freezing yet, the nights were getting colder. Fall was my favorite time of year, mostly because of hockey season, but also because I loved all the upcoming holidays.

“Are you doing anything on Halloween?” I asked him.

“I don’t think so. I don’t even know what day of the week it’s on this year. If it’s a weeknight, I’ll either have class or a hockey game, and if it’s a day off, I’ll be grading papers and stuff.”

“You don’t give out candy?”

He shook his head. “Nah. We don’t get kids in our building, so I never have.”

“You should come over if you have the night off. Dad and I usually dress and give out candy all night. We love seeing all the kids in their costumes.”

We finished our ice cream, talking about the game last night and the upcoming one against Nashville this weekend.

“They’re on fire so far this season,” I said. “I wish I got to enjoy the games without working all the time.”

“Too bad we can’t just get in the car and go to Nashville,” he said.

“You mean this weekend?” I glanced over at him in surprise, suddenly wondering if we could actually do that.

“Well, yeah. If you wanted to do it, I could call Wes and ask him to get us tickets. He said to let him know if I ever needed anything, and you know, we do work for the team.”

“Now that would be an adventure,” I said thoughtfully. “If it’s on the weekend, I don’t work at the library and obviously we wouldn’t have a Mavericks game since they’re out of town.”

“Right. We could drive in Saturday morning, walk around and sightsee a little since I haven’t been there since I was a kid.”

Our eyes met and as I stared into his handsome face, I desperately wanted him to kiss me. He was so much fun, and the more I got to know him, the more I liked him. Going away together sounded amazing, but we had to talk about money because neither of us had much.

“So, uh, should we get a hotel room?” I asked slowly. “It’ll be at least ten thirty or eleven before the game is over, and it’s a four-and-a-half-hour drive.”

He suddenly turned, staring straight ahead, his jaw working like something was on his mind.

“We should,” he said after a moment, still not looking at me. “I can get online and find a place near the arena.”

“That’s probably going to be expensive. Maybe there’s something just outside of town where we can—”

“I have the money,” he interrupted quietly. “That’s not a problem.”

“So what’s wrong? As soon as I mentioned the hotel room you got quiet. Do you not want to do that? Please talk to me, Seth. I don’t want anything to be weird between us.”

“Nothing’s wrong. I want to go to Nashville together and spend the night. Probably more than you know.”

“I…” His voice trailed off and he turned to me. “I’m probably not like other guys you’ve been with, Nova.”

“You’re definitely not, and that’s one of the reasons I like you so much.”

He blew out of a breath and met my gaze directly. “I’m a virgin.” 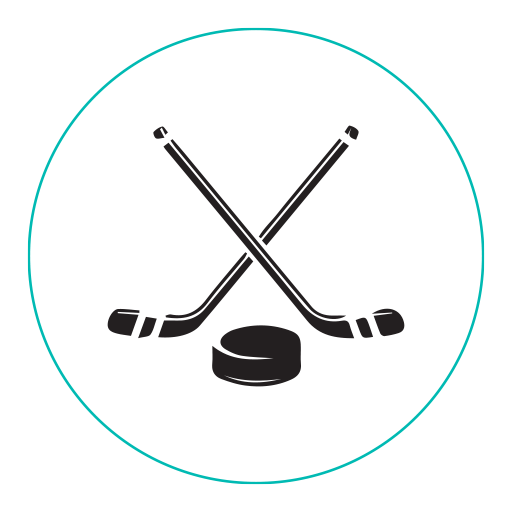